Today’s the first day of school in my city, and the plethora of “OMG 1st day of school!” posts of Facebook and my own kids heading back in to slog through another year of fundamentals got me thinking about education. My own kids (12/daughter and 10/son) came home and went swimming since it was about 104 degrees today…the hottest day of the summer, as it were. 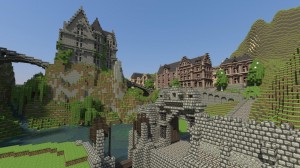 Anyways, after that activity my son decided to get down to business. And by business I mean: play Minecraft. Some of my friends and family have banned Minecraft during the school week or even as a whole, because of the incredibly addictive nature of the game. I elected instead to make my son play it on the computer instead of the Xbox or iDevice. See, on those systems it’s slightly more mindless (yet still very creative); you just pick the things you want to make and it makes them, and the game is what the game is because it’s on a console. On the computer, you have to memorize the ingredients and patterns necessary to make objects (from making andesite to baking cakes). You can mod the game with a variety of amazing mods out there in the community. You can play on servers that have goals ranging from “kill everyone you see” to “let’s build something incredible together.” I like that. It’s like legos, except with social implications, unlimited blocks of every kind, and electronics lessons all rolled into one.

What’s more, in the last few months my son has learned to install Java, use basic DOS, modify heap parameters, create a .BAT file, and many other cool things. Add that to his foray into the world of cryptocurrency, and he’s growing a set of very valuable skills. My daughter’s no slouch either, she spent a couple years on Ubuntu Linux and actually came to like it quite a bit!

Okay, so enough bragging on my kids. They’re goofballs anyways.

A while back I posted about how I became a DBA while in High School. When I was 18, I offered to help someone at a community college with a presentation to teach college students about programming. I remember them telling me that it was a ridiculous concept, because kids can’t learn those kinds of things anyways. It struck a nerve as you might imagine. Kids can learn highly technical skills if someone is willing to teach them. And with the proliferation of technical gadgets and abilities in the world, they want to learn. You can even start them young…REALLY young. 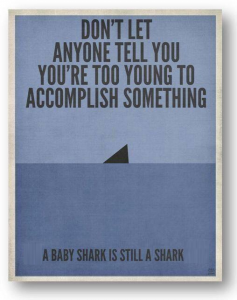 There are some great resources out there beyond build-a-world-with-blocks games like Minecraft. There are simple learning sites like phpforkids.com, highly interactive and informative classes like Code Academy, and even specially made storyboarding and design programs like Scratch by MIT.

For books with associated exercises, we have 3D Game Programming for Kids

, Learn to Program with Minecraft Plugins

(Java and Minecraft!), and even Python with Python for Kids: A Playful Introduction to Programming

Babies don’t get a pass from learning! Code Babies has a set of excellent introductions to programming including Web Design, CSS, and HTML. A is NOT for “Aardvark,” it’s for “Anchor Tag”!

There are even online courses like Learn JAVA with Minecraft (my son is doing this one and enjoys it), and summer camps as well, to teach kids online and in person.

Even Oracle has a part to play in the education of youngsters with Oracle Academy. Oracle Academy has resources for all levels of learning, contests, and even a self-study programming environment and course called Greenfoot that teaches Java from zero experience with 2D gaming design. I’ve had the privilege of judging some of their contests in the past and was astounded by the skills these young people had in highly advanced technology.

This is so awesome. I really wish these sorts of things were around when I was a kid. If you have children and want them to learn how to tech, the resources are plentiful and amazing.