Only two things are really certain: network latency over long distances, and the fact that humanity will soon rapidly degenerate into undead brain-eaters.

When that day comes, when the dead are crowding at your door and the windows are busted out and ripped up rotted arms are clawing at the inside of your home, I know what you’ll be thinking: is my database protected?

Don’t worry, my friends. The Oracle Alchemist has you covered. We just need to zombie-proof your DR plan. Let’s get started.

Getting the Power Back

Hopefully you did the smart thing and figured out how much battery and generator power you’d need to survive multiple years of failing power systems due to zombies. I know I did.

However, if you didn’t get this critical task done you may still have some options. Statistics show that the demand for U.S. gasoline was 8.73 million barrels in 2012. That comes out to 23,917.80821917808219 barrels per day of fuel that’s out there just waiting for you to snatch it up. The problem is going to be getting it. You’ll need to load yourself down with lots of weaponry and strike out in a fuel truck a few times a week, which will definitely take away from your database administration time. It’s a smart idea to enable a lot of automation and monitoring to take care of things while you’re out. 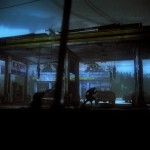 You’re going to need to fight other groups of surviving IT for fuel. This means you’re going to need friends. The way I see it, you have two choices: SysAdmins and Developers. They’re the two groups you work closest with as a DBA, so they’re the most likely to have your back when the dead walk. Start your planning now. If you want to get the developers on your side, tune some queries for them. Seriously, nothing will convince a developer to slice through the brain base of a walker like adding some key indexes when a query goes south during testing. However, if you think the SysAdmins are more likely to fight off rival gangs of resource hogs on the prowl for food and fuel, you can make them feel good by keeping all your filesystems cleaned up and RAM usage at a minimum.

The Problem with Zombies

Remember, the walking dead are tenacious. You remember before the apocalypse when a bunch of reporting users would all log into the database and run huge ad hoc queries against PROD without thinking about what they were doing? That was nothing. Zombies are the real deal. They will tear through a database faster than a multi-terabyte cartesian product. You can deploy outside the box now increase your chances of having a clone out there somewhere, just in case. If you want that database to survive, you’re going to need standbys. Lots of them.

I’d recommend a hub and spoke configuration. One central production database, at least 5 standby databases. As everybody knows, the chances of a zombie bringing down a database are roughly 89.375%. With 5 standby environments, you can drastically reduce the odds of being left without a standby system. On the plus side, zombies are completely brainless. What this means is that you don’t have to worry about masking or obfuscating your backup data in any way. Even on the off chance one of them kicks off a query (even zombies can figure out SQL Developer), they won’t be able to comprehend your users’ personal data, and with the complete downfall of the dollar it won’t matter if they see any credit information. So rest easy.

When All Else Fails

At some point, the zombies are going to come for you. Sorry, but it’s a statistical fact and there’s not much we can do about that. At that moment, when all hope is lost, you’re really going to need to protect your database because once you become a zombie too there really won’t be anyone left and you won’t be focused on maintaining it anymore; you’ll be focused on acquiring copious amounts of human flesh. 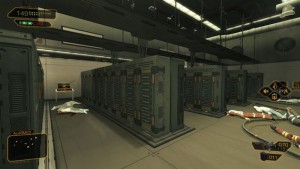 So make your last stand count. You’re a soon-to-be-undead DBA, act like it! Remember how we tune. Eliminate the wait, punch through the bottlenecks, make efficient use of processing power. Don’t get trapped between a rack and a hard place. If you have to play a game of circle-the-Exadata in order to get away, go for it, but don’t let them corner you. And whatever you do, make sure you keep your badge with you. The last thing you need is to hit a door you can’t get through without the proper credentials. Above all else: remember to kick off a backup before they finally take you. I’d recommend having the script ready and running on the console just in case you have to hit a quick key.