In this post, we’re going to perform a push button refresh of an Oracle Database, Application Express (APEX) installation, and Tomcat webserver.

“But Oracle Alchemist,” you’re probably thinking, “we know about that. You’ve told us about how Delphix can provision and refresh data.” And yes, you’d be right. But I wasn’t done yet.

We’re going to perform a refresh of an Oracle Database, APEX installation, and Tomcat running in Amazon Web Services, replicated from a local Delphix Engine, by pressing a physical button wired to a Raspberry Pi running a python app that communicates with the Delphix REST API in the cloud over wifi.

We’ll go over technical details and the Python code right after the video. Make sure you check it out so you can watch me excitedly press the button. I even did a refresh from Starbucks.

I’ve wanted a Raspberry Pi for a long time now, and for whatever reason never got around to buying one. I finally did last week, and let me tell you this thing is such a beautiful little device, I nearly fried the logic board by we 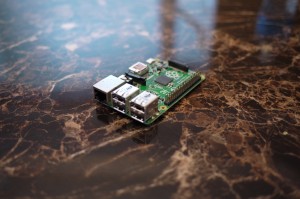 eping on it. The components, how tiny! The GPIO pins, how enticing! The Raspberry Pi really is the ultimate geek toy. I ended up going with the Raspberry Pi Model B

. It has a 40 pin GPIO header (an I/O interface we’ll use for this article), four USB 2.0 ports, a push-button micro SD slot for the hard drive, and the standard HDMI port, ethernet port, and power via micro USB. I can power it using my iPhone charging block or even with a USB battery pack. The one I bought also came with NOOBS on an 8GB SD card, which was preloaded with Raspbian, ArchLinux, OpenELEC, Pidora, RaspBMC, and RiscOS. I opted for Raspbian. 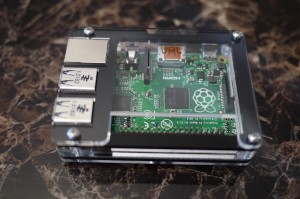 As for extras, I also got a super sexy little case called a Zebra Case

. It’s designed and built right here in the good ol’ US of A, is incredibly easy to assemble, has optional rubber feet, can be hung up on a wall, and has easy access to the GPIO pins. I also picked up an Edimax EW-7811Un 150Mbps 11n Wi-Fi USB Adapter

I have Delphix 4.2 (the latest version) set up on my laptop with a bunch of data sources: Oracle, an APEX app in Tomcat, Sybase, Postgres, MS SQL Server, and a Delphix Agile Masking repository. I also have Delphix 4.2 installed in Amazon Web Services and am replicating the Oracle Database and application stack to it via Delphix replication. In Amazon, the database, Tomcat, and APEX library replicas have all been provisioned to a target Linux system as Virtual Databases (VDBs) and Virtual Files (vFiles). Delphix has a powerful GUI that can handle refresh, rewind, etc. operations but instead we’re going to do it programmatically through the Delphix REST API in Python. Why? Because alchemy, that’s why. Raspbian has Python already loaded with the GPIO library built in. So let’s take a look at the code.

Here’s the delphix.py code that connects to my Amazon Delphix Engine and performs the operations.

In a nutshell, what this code does is:

And that’s it! A real, honest to goodness push-button refresh, courtesy of the cutest little computer I’ve ever seen and a hobby board, wires, and buttons that made me feel nervous carrying it around in public. It wouldn’t take much to make it presentable though. In fact, given the right top and bottom coverings, we could make quite the button. That was easy.®

So, what could you do with a Raspberry Pi and a couple buttons? Let me know in the comments!

Thank you to Simon Monk and the Raspberry Pi Cookbook

for the button guide!