I’m a Mac user, and I have to say I love my Mac. Not because I think it’s horribly superior to a PC or any of that; I just got tired of the Windows interface, and I love the slickness of OSX. It’s nice having a BSD backend to my operating system, so I can pull a ‘kill -9’ when something’s not working right.

I’m actually looking forward to getting my hands on a Macbook soon, so I can dual boot both. You know, the funny thing is that PC users will gripe, moan, and grumble about Windows, they’ll joke about blue screens, and then when a Mac guy says, “Macs are better!” they get all defensive and start ripping on Macs. Hey, at least we like our OS.

Anyways, it all boils down to those commercials. You know the ones with the nerdy PC in a suit and the hippy Mac in the trendy mall gear? I think they’re very funny, but I couldn’t help but giggle when I saw this picture from Worth1000.com. But hey, at least we know that according to #5 of Microsoft’s new principles, there will be no shots fired once Vista comes out. 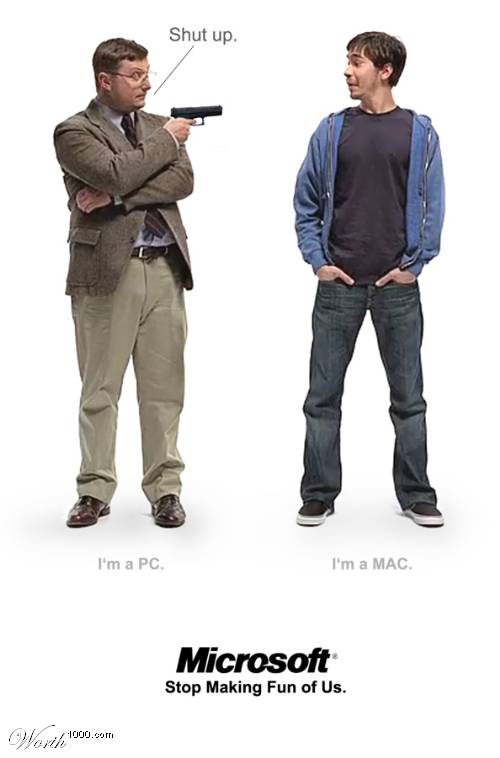